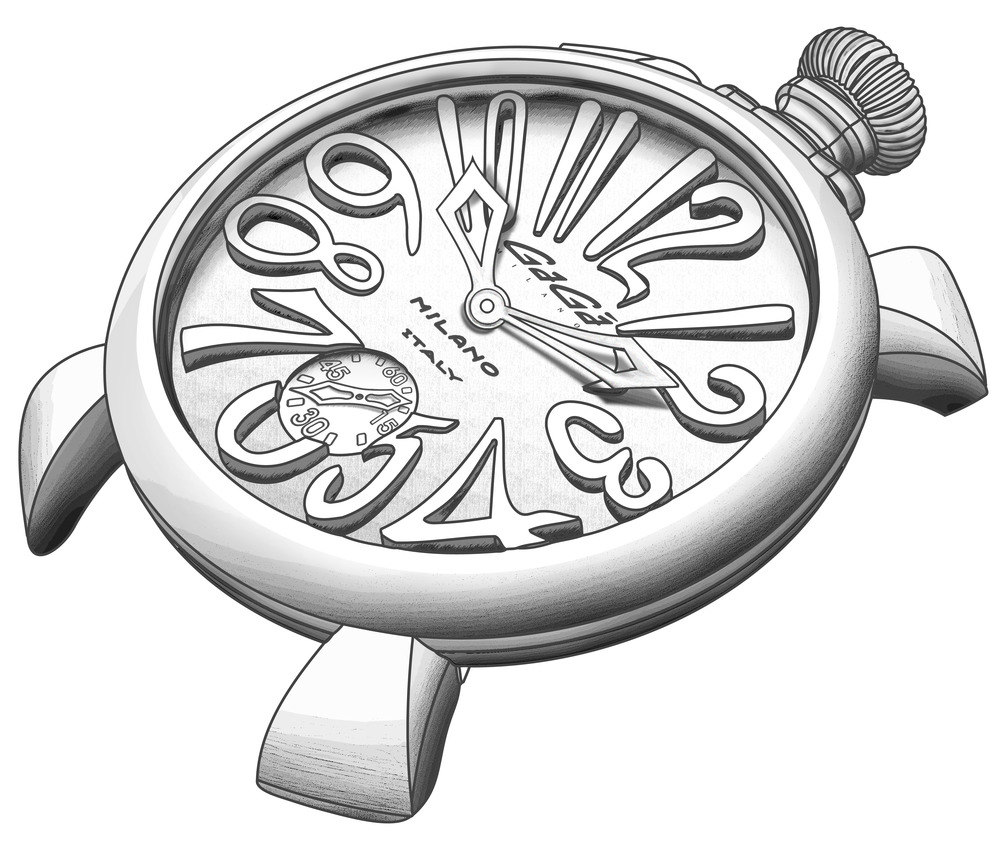 It is said that when counterfeit starts, a brand is well established on the market. It happened to Gagà Milan s.r.l., company of Ruben Tomella, who made of his MANUAL watch the style icon of the Milanese ” gagà ” (dandy).

In 2013, the originality of the Manuale model did not go unnoticed even to a Neapolitan company, which saw fit to reproduce it verbatim in the design, even the dial, affixing its own brand and selling it in various outlets throughout the country.
In 2013, Gagà Milano did not hesitate to ask for and obtain a measure of confiscation and injunction from the Court of Milan, after which the action to obtain compensation for the damage caused was initiated.

The expectations of Gagà Milano were initially few in the face of the counterfeiter’s reluctance to provide the data, turnover and sales of the counterfeit products.
However – explained Gagà Milano’s lawyer, Marco Locatelli – in judgement 14770/2015 of 12.28.2015, the Milanese Court calculated an equitable compensation in reason of the ”towed parasitic effect” of the huge advertising investment made by Gagà Milano, enjoyed by the counterfeiter and his distribution network.
Therefore, despite the absence of sales figures, the Court had enough items to determine the damage caused to Gagà Milano, ordering the counterfeiter to pay 60,000 Euros, in addition to legal fees for approximately 20,000 Euros, and requiring the publication of the judgment.

The Court of Milan has confirmed that patenting and registering trademarks and designs brings value to the company and allows for compensation in case of imitations. Moreover, the costs of protecting intellectual property fall within the research and development expenses referred to in the recent Patent Box. 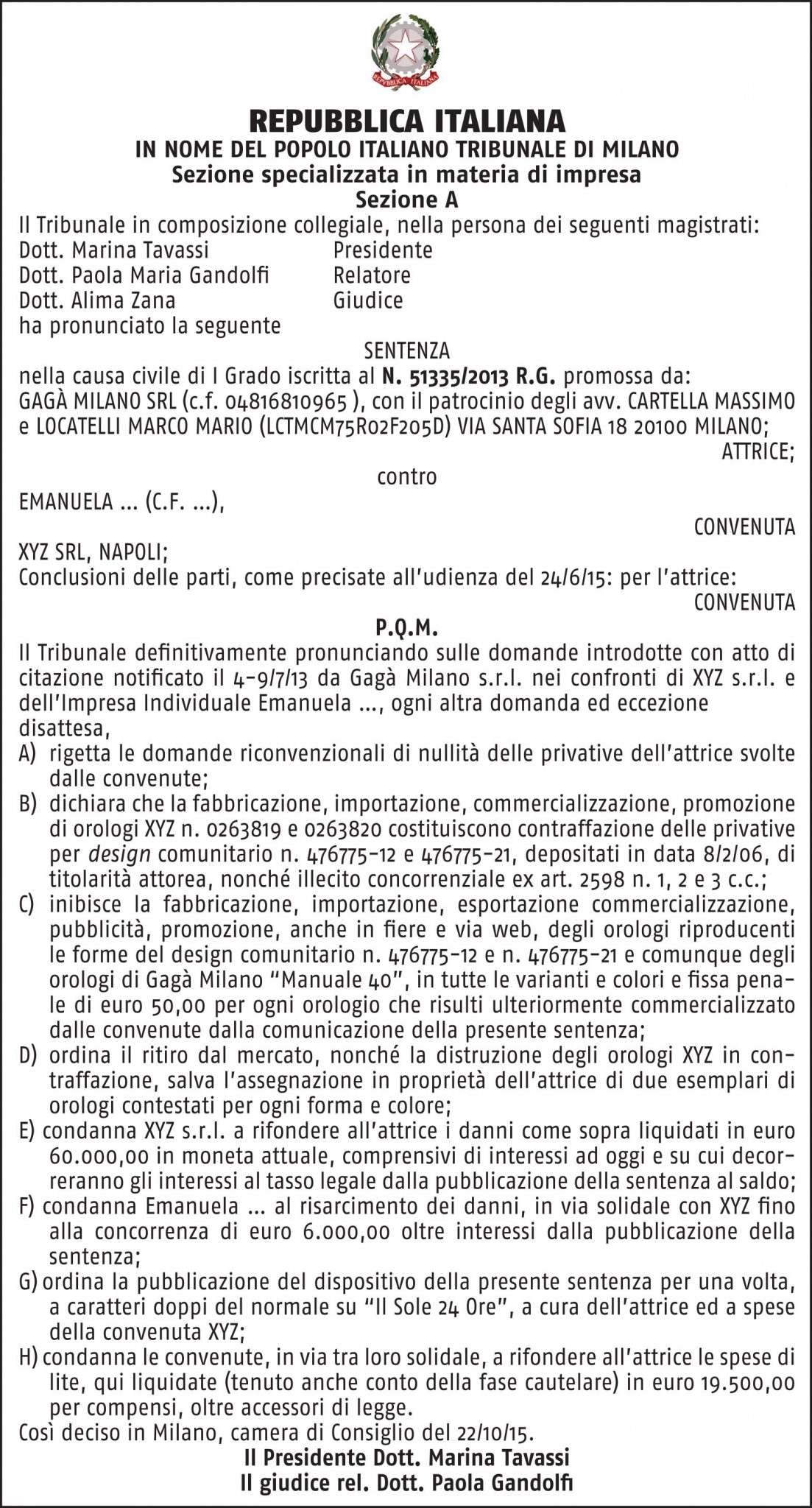