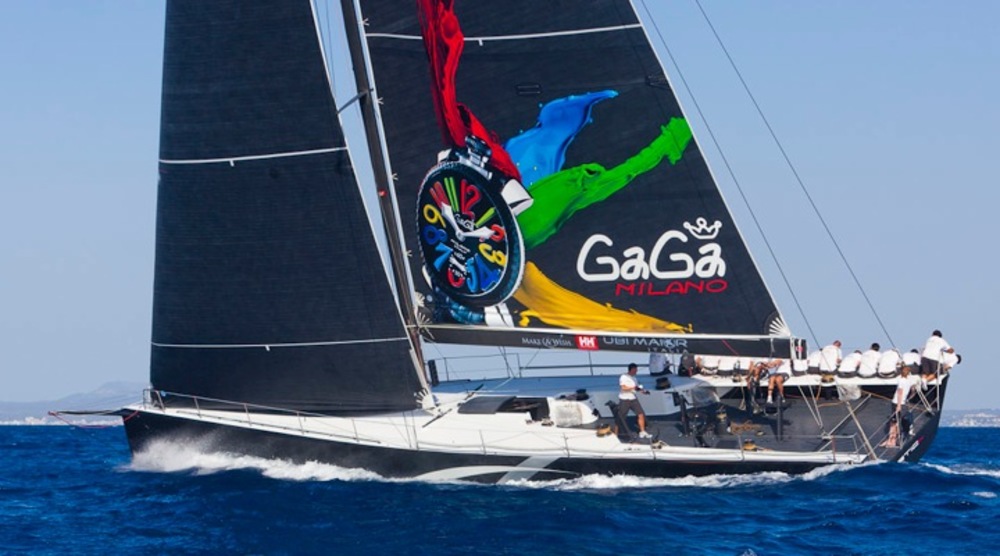 The Italian racer is supported by the Gagà Milano during the SAILING season.
Great is the expectation in Palma de Majorca for the arrival of his majesty the king of Spain and queen Sofia.

Palma de Majorca 15th July 2012. The new Grand Prix, Baltic 72, owned by ship constructor Alessandro Rombelli, has been launched at Valencia last July the 4th. After testing it is now ready to face its fist competetitive appointment: Copa del Rey, historical open water sailing inside the international calander, that starts tomorrow July 16th in Spain at P.D.M.
Ruben Tomella founder of GaGà Milano, has declared that their approach to the sailing world is aimed to supporting an ambitious and winning project, whose strategies and skills are shared with Alessandro Rombelli. GaGa Milan and STIG arise from an innovative idea, a real defeat of design and technology aiming to excellence.
During his interview, Tomella said also, that like GaGa, they use adavanced materials, like carbon, titanium and Kevlar. Their mutual measuring the time, is another strong element and rich of significance that brings GaGa and STIG, together with its crew, to share one goal: research of performance and success.
We try to transmit our values by selecting an audience who is sensible to changes, style, quality and details of “Made in Italy”.