GaGà Milano has joined the temple of milanese horology 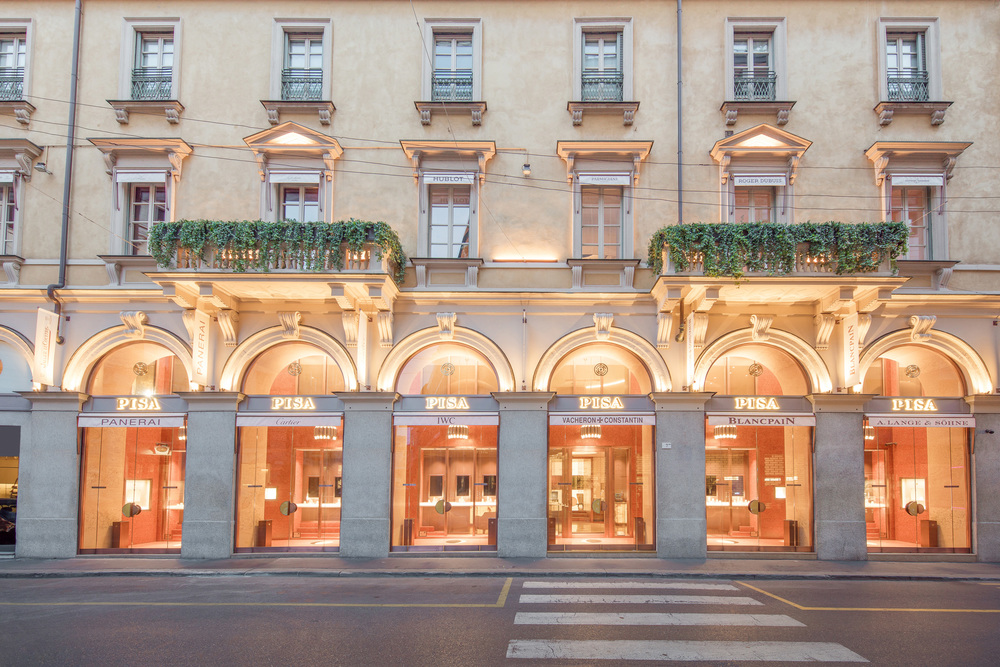 GaGà Milano is honoured to announce it has joined the Milanese temple of watchmaking: the new flagship store of Pisa Orologeria, a 1,200 mq2 area restored from an historic building from the early ‘900s, in Via Verri 7.

Historic site at the centre of the Milanese quadrangle of luxury, Pisa Orologeria has experienced a development, both in time and space. Today, the group’s reins lie in the hands of Maristella Pisa and her daughter Chiara. Ladies of Time, they are the heirs of a tradition characterized by foresight and of a vision that has transformed a handmade model into an international concept. Pisa Orologeria stands for the uniqueness of its history, excellence of service and breadth of its offering, with more than 40 watchmaking brands of excellence.

The watchmaking brand GaGà Milano has progressively established itself more and more in the watchmaking panorama through the realization of sophisticated models. The brand owes its name to the typical term of the Milanese dialect “gagà de Milàn”, a term that defines a dainty and refined man in both manner and style, coined by its creator Ruben Tomella, creative and eclectic soul of the brand.

An unmistakable style, the one of GaGà Milano, which perfectly mirrors the exuberant personality of its founder, as does the idea of applying a strap to an old pocket watch to be worn on the wrist! Hence, the decision to equip all its models with the onion crown at 12 o’clock, generous loops, oversized Arabic numerals and colour, unmissable feature of every model.

As of November 2016, Pisa Orologeria will be an official reseller of GaGà Milano and will have at its disposal the complete collection of models, from the special editions to the limited ones, up to the specimens in diamonds.